There aren’t enough adjectives to describe the multilayered Paris apartment of antique dealer and designer Philippe Rapin and his partner in crime, former lifestyle editor Sylvie de Chirée. On the fifth floor of a Right Bank building built in 1910, this ever-curious duo have created a space somewhere between a design laboratory and a cabinet of curiosities. Nothing is off limits, and De Chirée describes their refuge as a “theater of objects.”

De Chirée has lived in the apartment for “a very long time,” she says. The large space—with five bedrooms and two baths—housed her family and now, with all of the children grown and out on their own, it has become home to the couple again. “A reflection of Philippe’s eclectic universe, a creative place, and an extension of his gallery,” De Chirée adds. The former fashion and lifestyle editor is quick to point out that the original decoration by Maison Jansen is from the 1950s and the delicately painted walls, also original to the flat, from circa 1910. The entire apartment serves as a backdrop to Rapin’s ever-growing collection of objects and furniture. They like to mix things up, bringing in new discoveries and setting the stage with older collections Rapin has had for years, like his eye-catching ceramics. Here, there are no rules, with everything from Fornasetti to a 17th-century Turkish chest, by way of lamps and other pieces from the 1940s.

There were minor changes made such as changing the original dining room to what they now call the “Petite Salon.” One of the smaller bedrooms became the archives, another the library, and one the dressing room. Surprisingly, they didn’t do any major work aside from updating the systems, preferring instead to simply reassign rooms and make room for an ever-evolving cast of new pieces.

Rapin is probably most well known as an eclectic art dealer, but he is also a talent scout of sorts, always on the lookout for interesting and exuberant works of art. In his Paris gallery, he carries objects and furniture like Goossens and Gio Ponti. He also showcases the current production of Kam Tim, a firm he acquired and which continues to create eye-popping collections, each more extravagant than the next, using materials like turquoise and amber.

With its stunning view on the Eiffel Tower, the apartment plays host to lots of entertaining for friends, family, and clients. “This place is really the universe of Philippe,” De Chirée notes. “It is like a part of his gallery and we love to receive people here. We’re always moving things around and we even sometimes use rooms in different ways, like eating in the Little Salon for a change of scenery.” Safe to assume, this Parisian apartment is truly one of a kind and will likely be full of surprises every time one walks through the front door.

Inside a Paris Design Couple’s “Theater of Objects”

L.A. mayor calls on artists to design and spread the message: Wear a mask 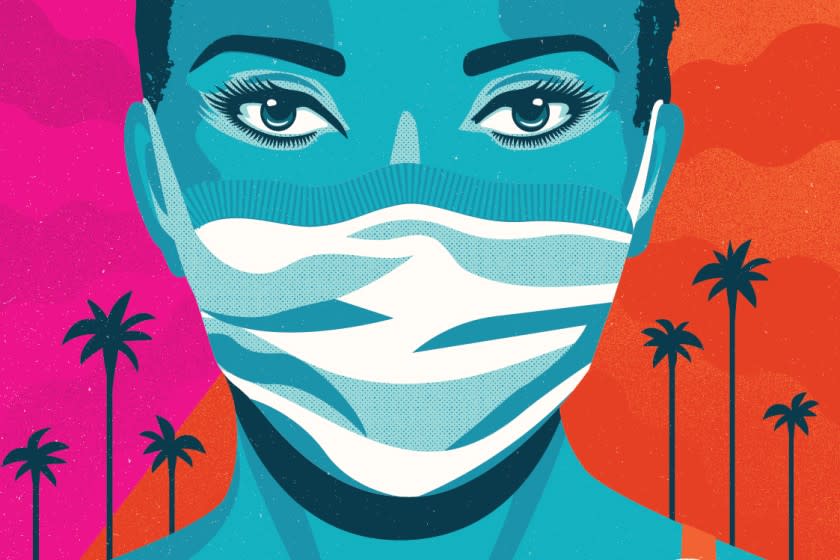