Last Sunday we had the privilege of “hanging out” with my 8-year-old nephew. Not only did he inform me of this fact, since I had previously used the erroneous terminology “babysitting” or “tending,” but he also told me that I was “sus.”

Feigning coolness, I attempted to define this word in the context in which it was used, but with zero success. He had happened upon my last-minute wrapping frenzy that I was frantically embarking upon in my closet. Wrapping paper, tags, bows, bags, ribbons and tissue paper (not the toilet kind) were strewn about much like the tree limbs and power lines from the September windstorm. When he asked me what I was doing, I explained that I was under direct threat of elf on a shelf to get this done tonight … or else. He replied, “That’s sus, bro.” Thus illustrating my dilemma.

With acute awareness that my tragic unhipness was soon to be up for full discovery, I had to ask. “I’m not sure what that means. Can you say it in a different way?”

Rolling his eyes and sighing in frustration, he responded, “Yeah, it means what you said is suspicious, and bro is just what me and my friends call each other.” Likely, that will be the last time I am considered a “bro.”

Just the day before, I had written an offer for a client on a spec home. Initially, when I asked if they were open to looking at specs, they informed me they probably would be if they knew what a spec home was. I guess that would be helpful.

Sometimes, in any specific industry, we get so used to speaking the industry vernacular that we forget not everyone knows the meaning of our jargon. I explained that a spec home is a new build that is built to completion or near completion before it is sold. The specific layout, appliances, colors and features have previously been chosen by the builder and not the buyer.

While some spec homes are completely finished before they are listed, others are listed earlier in the building process before the finishes are complete. This was the case of this particular home I was showing my clients.

This new build was slated to be done within the next four weeks. The flooring was mostly in, the cabinets were installed, the exterior of the home was complete, the walls were painted, and the bathrooms, showers and baths were tiled in and installed. It was easy to catch the vision of what the home was going to look like upon completion; it was almost there.

This had everything my clients were looking for, so we wrote up the offer. After the initial excitement of finding a “unicorn” in a market where very few buyers find everything they want in a home, and while awaiting a response, we walked through the home again.

“I wonder what color the countertops are going to be. Are they planning to install hardware on the cabinets? Where are the uninstalled cabinets in the garage going? Will there be shelves or hooks above the built-in bench? Will there be a mantle above the fireplace? It looks like the deck has been wired for a fan. Are they planning to install one? Is the flooring in the basement complete or are they going to put carpet in the bedrooms?”

All relevant questions. When building a home where you can choose the options, you know all the answers to these questions up front. But when walking into a spec, you get what you get and you don’t get to pick. However, it is wise to know what the builder is giving so there are no surprises onthe final walk-through. The advantage to a spec? My clients will be in their new home in less than 30 days. If they had started from scratch, it would have been eight to 10 months. As for being “sus,” my nephew was right … I probably am.

Tue Dec 29 , 2020
The Legend One by Nestron. Nestron Nestron plans to manufacture the Legend One, an eco-friendly $21,500 tiny home with a bedroom, living room, kitchen, and bathroom. For $12,500 more, the 167.92-square-foot home — which is available for preorder — can come fully furnished and move-in ready. The Legend tiny-home lineup […] 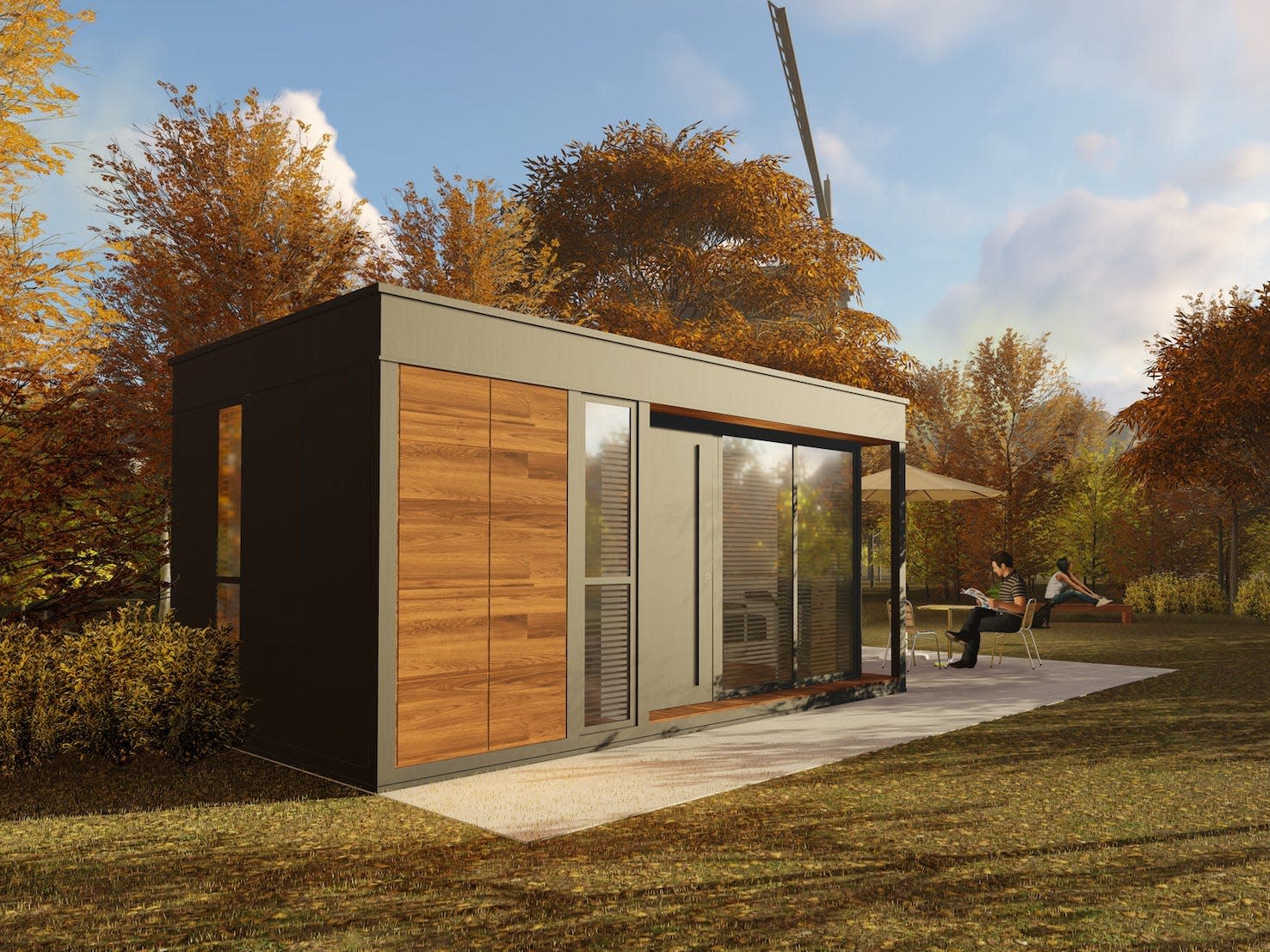