Robert Fletcher created the costumes for Star Trek II — for Kirk and his crew, and for Khan as well.

Robert Fletcher, the great designer for Star Trek and many other films, died at the age of 98 on April 5, 2021, according to Deadline. Fletcher had been nominated for four Saturn Awards for his work on Star Trek: The Motion Picture, The Wrath of Khan, and The Search for Spock, and he won for his costume design on The Voyage Home.

Fletcher was a prolific designer who created costumes for Broadway, opera, and television. He was also a three-time Tony Award nominee and a Harvard University graduate. He donated much of his papers and notes to the school, where fans can request to view them today (in person). The collection includes “design drawings, sketches, roughs, plans, lists, blueprints, photostats, photographs, notes, as well as related correspondence, programs, and additional ephemera.”

He created the look for the first Trek film crew but then completely redesigned everything for the movies that followed. Since the Trek sequels were done with a very low budget (as detailed here by Screenrant), Fletcher achieved this redesign by dying the old uniforms. According to Forgotten Trek, a series of tests revealed that the old, gray uniforms could be dyed red, blue-gray, or gold.

On the Wrath of Khan blu-ray disc extras, Fletcher spoke about some of the decisions that went into designing the uniforms, which fans now call the “Monster Maroons.”

“Nick Meyer was a very intellectual man, who was extremely fond of opera,” said Fletcher. “And he knew that I had designed a number of operas. Operas tend to be very full-blown and non-realistic, and melodramatic. I think that’s very true of The Wrath of Khan … except that nobody sang.”

“Nick wanted something a little warmer, more military, less modernistic or whatever word you might apply to the design of the first one,” said Fletcher. “I went off to my tent, and I made those sketches, which were red and made of different pieces with many more emblems and badges.”

In this documentary, Wrath of Khan executive producer Harve Bennett mentioned that he was not sure how fans would react to the new look of Kirk, Spock, and the rest of the crew.

“And I confess … [I thought] we’re going a little far here,” Bennett said after viewing some of the Monster Maroon designs. “The Star Trek folks are not gonna like this Napoleonic [or] Teutonic kind of look.”

“But as history shows, that became the look not only for the next pictures, but for The Next Generation, and generations yet to come,” said Bennett.

Fletcher also created the symbols that many of the crew wore in Khan. Before this, there was no uniform or medal guide for Star Trek, so Fletcher made one.

“When I first came in, there was no coherent schedule of ranks,” Fletcher said on the Khan extra video. “You know, when you go into the Army, or the Air Force, or the Navy, you can find a book that illustrates all the known ranks, their various divisions. The way the Army is organized, the colors that are used, and so on and so forth.”

“There was nothing really set about Star Trek, so I proceeded to write my own little manual, choosing the various symbols for the ranks and badges for the ranks,” said Fletcher. “And it became a kind of game… it was so fun to do. I got questions from the Trekkies about ‘what did this mean’ and ‘what did that mean’… so I invented it. I made it up right away.”

In the video, Fletcher shared that Star Trek creator Gene Roddenberry was not exactly a fan of what he was doing with the uniforms or his military-style ranking system.

“Roddenberry was much more of a dreamer and theoretician,” said Fletcher. “He didn’t like to get too close or connected to the nitty-gritty details on what anything means. In fact, [Roddenberry] objected to too much militarism. And when I put more of it in, I don’t think he was particularly pleased. I was really doing it for the director rather than for him.”

“I thought about their predicament,” said Fletcher in the documentary. “They’d been cast away on this planet with no infrastructure and with no source of clothing. It was the ship that they cannibalized.”

“And so when I made a choice of something, I tried to make it as if it had been formally part of the ship or things that they had woven or made out of or electronic gear or wiring,” said Fletcher. “That was the source of the Bedouin mask that Khan first appeared in.”

How the Klingons Got Their Look: Robert Fletcher on Star Trek Movie Costume DesignCaptain Logan sits down with 94 year old costume designer Robert Fletcher, who created the costumes for the first four original series Star Trek films, including The Wrath of Khan. They discuss Bob’s work on those films, his history on the stage and screen dating back to the 1940s, and his work with entertainment legends…2017-04-18T01:08:22Z

Though the Monster Maroons lasted until Star Trek: Generations, Fletcher’s designs lasted well beyond the films. The look of the Klingons that he created went into TNG, Deep Space Nine, and other series.

Fletcher was charged with updating and redesigning the Klingons for The Motion Picture. The species appeared in The Original Series, but their costumes and makeup were not quite alien-looking. As reported by Memory Alpha, the look was somewhat designed based on the appearance of Genghis Khan.

The version of the Klingons known today was based in part on Fletcher’s idea or a “hairy lobster.”

“I was really thinking of lobsters,” Fletcher said on The Captain Logan Show in 2017. “A lobster has his skeleton on the outside, so the logic is that you pursue that to a civilization that derives from people with their skeletons on the outside.”

Fletcher took the work done by TOS designer William Ware Theiss and updated them for the Trek films. According to Star Trek fan and writer Scott Lukas Williams, Theiss’s designs, specifically from the TOS episode Amok Time, set the template for what Fletcher created for the films.

One of Fletchers’ touches to the Vulcan costume design was adding jade and other precious gems.

According to Memory Alpha, Fletcher “imagined that, because their homeworld was rich in jade, the Vulcans made extensive use of that substance, such as with ruby jewelry and a red-colored giant statue is visible on the planet’s surface.”

READ NEXT: On ‘Star Trek,’ Why Didn’t They Just Replicate Starships?

How To Stage Your Home for a Quick Sale

Sat Apr 17 , 2021
It’s a perfect home seller’s market right now. The March national median listing price was up 15.6% compared to last year, and large metro areas saw a price increase of 12.1%, according to data from Realtor.com. And home sellers aren’t having to wait too long to sell. Across the nation, […] 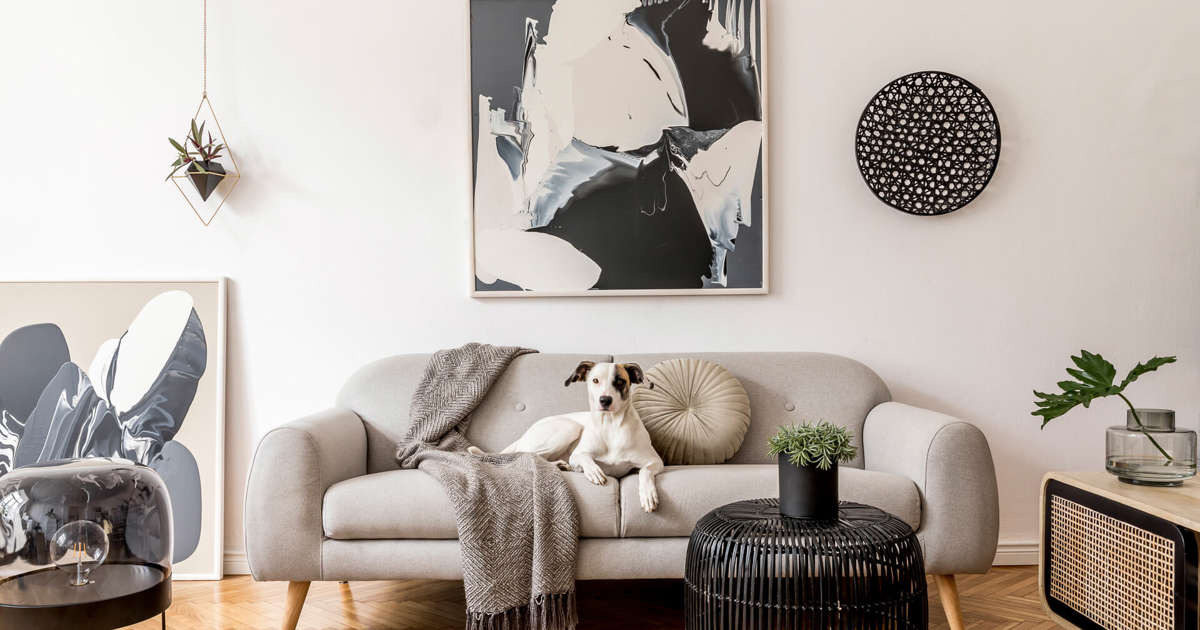