A jury at Cannes Film Market has selected Cinema From Spain, a Spanish cinema promotion organization backed by support from the Spanish Institute for Foreign Trade (ICEX) and the Spanish Institute of Cinematography and the Audiovisual Arts (ICAA), as the winner of this year’s award for Best Pavilion Design.

In the context of an entirely digital market, participating organizations had to rethink everything when it came to promoting themselves in a democratic, online space where the rules of a physical market no longer apply.

For Tito Rodríguez, marketing policy director at Spain’s Institute of Cinematography and the Audiovisual Arts (ICAA), the key was providing an online experience to match what Cinema From Spain is known for at physical markets.

“It was clear from the beginning we wanted to recreate the physical experience online,” he explained to Variety. “It was not meant to be just a website, so we talked about how to put everything normally associated with Cinema From Spain into the virtual pavilion.”

In a statement released by jurors Xavier Cailly, Bronx CTO, Pierre Lescure, president of the Cannes Film Festival, and Variety’s Ben Croll Cinema From Spain’s virtual pavilion was praised for its handling of “the double challenge fulfilled here in terms of both content and technology. Cinema from Spain offers the visitor very dense and precise information covering an impressive variety of topics in a very clear and structured way, while automatically including them in a real concentrated Cannes 2020 market experience.”

They were also impressed by the sites “omnipresent bright and colorful design all along the journey, from the welcome desk entrance until the chill out end of the day friendly tradition.”

In the past, Cinema From Spain was constrained in what it could achieve in exposure and advertising by time, budgetary and physical limitations. This year, however, the team decided to take advantage of opportunities provided by operating in a virtual space and attempt things they’d always wanted to do but were unable.

Organizers hired two third-party companies: The Film Agency, which handled the architecture of the pavilion, and Binalogue, which handled its development. That paid off in the form of an error-free week for the website, which needed to seamlessly link to those of regional film agencies, production companies, sales agents and others.

“We had the online tools to create an interactive campaign about what we are doing, tying everything back to our Cinema From Spain site,” said Rodríguez. “Madrid, Canary Islands, Andalucía, Ibermedia, they all have their own websites, so now we had a chance to start from scratch as a group and tie them together. With ICEX, we started working on this with all the regions, film commissions, sales agents six weeks ago.”

Ibermedia’s involvement was new for a Cinema From Spain pavilion. Rodríguez explained that, “We thought it was important to open the bridge between us and the Ibero-American region because we’re a part of that and felt responsible to provide more visibility for the organization.”

Lessons were learned this year that Cinema From Spain will continue to employ, even after the return of physical markets.

“Now we have a better idea of how important online marketing and promotion are, and give a clear idea of how to handle them without putting out contradictory information,” said Rodríguez.

He did acknowledge that it would be difficult to maintain this level of commitment to a digital promotional space at future physical markets however, and that while it will be important to continue efforts in that space, they may need to be scaled back.

“This was unique because everyone was working from home and connected more than usual, which meant longer workdays and more time to prepare,” he explained. “There is a lot of work that would need to be added to add this type of online presence to what we already do at physical markets. Double the work means double the size of the team.”

Does Trendy Design Always Stand the Test of Time?

Sat Jun 27 , 2020
A bright pink kitchen decorated in the iconic style of the 1980s. Architectural design comes to life in a variety of ways, often standing out against a landscape of traditional elements. Strong characteristics of buildings, houses, and other dwellings add eye-catching appeal and provide unique features that make their designers […] 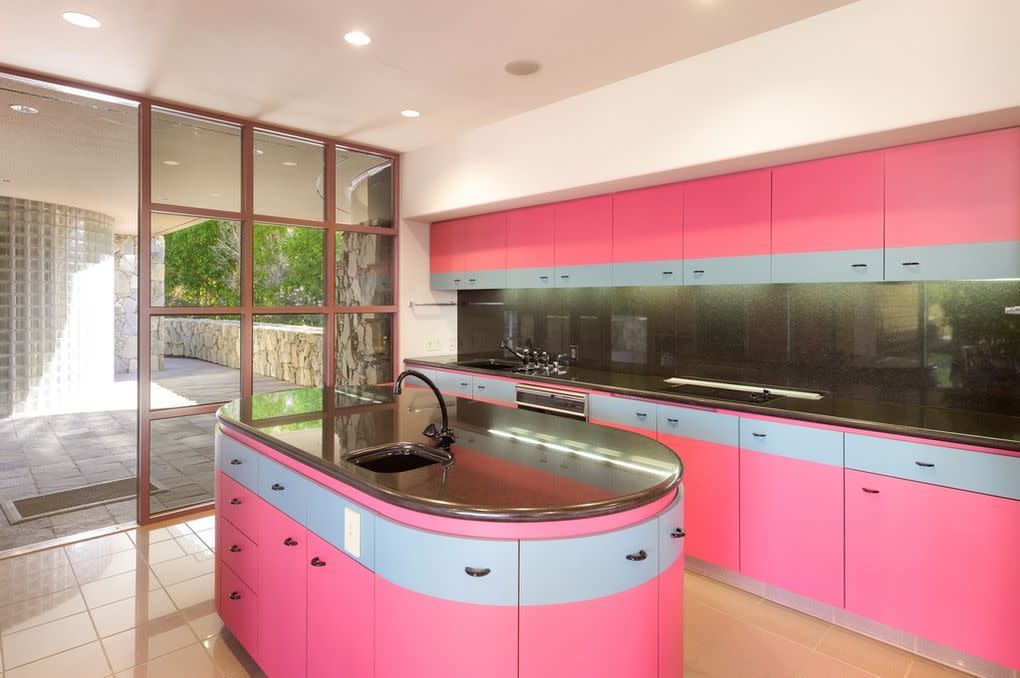