The Government’s messaging during the coronavirus crisis must rank as one of the most successful communications in modern political history. Only the Thatcher administration’s “Don’t die of ignorance” public health campaign in the 1980s about the Aids virus outbreak has come close.

But how did it come about? And more importantly given its success how will the Government convince people that it is now safe to start to venture out of doors in coming weeks?

The genesis of the message can be traced to a Zoom conference call convened by Lee Cain, Boris Johnson’s director of communications, on the afternoon of Thursday 19 March, just as the Government was moving towards imposing the lockdown measures that have trapped millions at home while the coronavirus has passed.

Until then, the Government had been focused on encouraging people to go about their daily business but to make sure they wash their hands thoroughly. But this had to change as the scale of the challenge presented by the pandemic became apparent.

On the call with Mr Cain were Isaac Levido, who ran the Tories’ election campaign last year, Ben Guerin, a 25 year old New Zealander who advised on the party’s election social media strategy, plus a couple of former Vote Leave colleagues – Paul Stephenson, now a successful PR firm boss, and Henry de Zoete, who built and sold his price comparison website to Go Compare for over £12 million last summer.

The group agreed that there had to be a simple, sharp message that all Government communications could get behind. Mr De Zoete suggested a simple message to stay at home. Mr Guerin then pointed to how the phrase “Stay at Home, Save Lives” had been successful in other parts of the world.

Mr Cain agreed and added a line about protecting the NHS – a key policy of the Tories’ general election landslide in December. Mr Levido, Mr Guerin and Mr Cain then set about honing and refining the wording.

The following day the simple three-part message on coronavirus was born: “Stay Home. Protect the NHS. Save Lives.”

Its first appearance was on Mr Johnson’s lectern at that evening’s Downing St press conference the following evening, as the PM announced the closure of cafes, pubs and restaurants saying they must close from 11pm that night to stop the spread of the virus.

The message was pushed relentlessly by Mr Johnson the following Monday when he addressed the nation about the lockdown, followed by Cabinet ministers and their teams. In the same way that “Get Brexit Done” worked during the election and “Take Back Control” came to define the Brexit referendum, few could ignore it.

Mr Cain, Mr Levido and Mr Guerin made more tweaks. The messaging on the lectern was soon bordered by red and yellow tape, as if to signify an emergency – a far cry from the green and black messaging about washing your hands which had been prepared by the Cabinet Office.

A senior Downing St insider said the message’s potency was that it gave people “not just an instruction, but why you are doing it” adding: “It was built around the concept of emergency so people could appreciate how stark the times were. We needed action.

“The design was to take people on a journey – you must stay at home, because you are protecting the NHS and saving lives. It was less of a slogan than a direct action to people.”

Another senior Number 10 source said: “It was not really a slogan – it is shorthand for the Government’s strategy and approach. We needed people to understand that to stop the NHS being overwhelmed fewer people needed top get sick at any one time.”

Millions of radio and television adverts were commissioned and broadcast, always ending with the simple message. Tens of millions of pounds has so far been spent. The success of the campaign was startling. The numbers of people venturing out soon slowed to a trickle; public transport journeys collapsed to a fraction of what they were, and vehicle journeys fell. Advertising and marketing experts have marvelled at the success.

A clever call to action

Mark Read, the chief executive of the world’s biggest advertising agency WPP, told The Telegraph: “It has been effective because it is simple. It references our most cherished institution, the NHS, and because it calls for solidarity and collective action. It’s less an information campaign, more a rallying cry.”

Ajab Samrai, global chief creative officer at Blitzworks added: “You are telling people what to do, why, and the benefits. Where they have been really, really successful is using it in the daily briefing and putting that message on the podium. It is there, brutally simple, in front of millions of people every single day.

“People have even been putting it on t-shirts. In advertising we know word of mouth is the best media a company can buy, because you know that the message has been successful.”

The yellow background with black lettering and red arrows has helped to drive the message home and create a sense of urgency, according to Louis Hill, the managing director of Source PR.

“It is the colours of warning rather than explicit danger and I think that they have also been very good at not overdoing the armageddon scenario,” he said. “Black is a serious colour and the use of the capital letters creates a strict order.”

Honing and reinforcing the message

While the message remained the same, the way it was communicated was constantly tweaked. Mr Guerin was able to harden the message to younger people after initial reports of “worrying levels of non-compliance among certain groups”, the senior Number 10 source said. Although Number 10 did not go as far as the state of Oregon in America which started to run its own “Stay Home, Save Lives” campaign asking directly: “Did you accidentally kill someone today?”

Derek Day, a partner at consultancy firm Passionbrand, said that the “genius” of the campaign had been the repetition, creating a “tattoo on the mind”. “It is very hard to get them there but once they are it is really hard to get them away,” he said.

“It makes you think of the enduring campaigns like Nike’s ‘Just Do It’ because that was so consistent and simple.”

Successful – to a point

To outsiders the success of the campaign was a reflection on the discipline with which Mr Cain and his team had forced the Government to get behind the messaging.

But soon ministers were wondering if the campaign had been too successful, and was actually dissuading Britons from going to hospital to treat other urgent conditions like cancer.

“Our message was supposed to be: keep working, but work from home if possible,” one minister told Telegraph columnist Fraser Nelson on April 9. “But that message has got lost.”

Millions more than expected took part in the Treasury’s furlough scheme, while barely a tenth of the pupils of emergency workers had gone back to school as were expected. The economy was mothballed.

Polling published this week appears to have borne out those fears. A survey for Ipsos Mori suggested that more than 60 per cent of Britons would now feel uncomfortable carrying out their usual activities – like going to bars or restaurants, or using public transport.

Prof David Spiegelhalter, a leading statistician who chairs the Winton Centre for Risk and Evidence Communication at Cambridge University, said: “I think we do need to have some sort of campaign to encourage people who are very low risk to get out and start living again, when we are able to.”

Work on a new campaign to encourage people back to work – which must move away from the “Stay Home” campaign – is well underway. A senior adviser to the Prime Minister said: “We have an idea in mind, we have got a phase two messaging plan pretty much ready to go.

“We are going to remove ‘stay at home’ because that is not going to be the main focus of things. It is about moving people onto the second part of the journey.

“We have got to take the public with us… People are very worried, they are very compliant, people have followed the guidance, but we need to give them confidence to move to the second stage.”

Another Downing St source said the “stay home” message’s success was to communicate a message that “we are all in this together”.

But the source added: “We have got to try to achieve a similar thing where we can have messaging that communicates the second phase of the Government’s approach and therefore obtains similar compliance.”

Tue May 5 , 2020
The new coronavirus has changed life for all of us. Local businesses have taken a huge economic hit, but communities are finding creative ways to support the establishments they know and love. In an effort to help local businesses in our communities stay connected and succeed, Patch will shine a […] 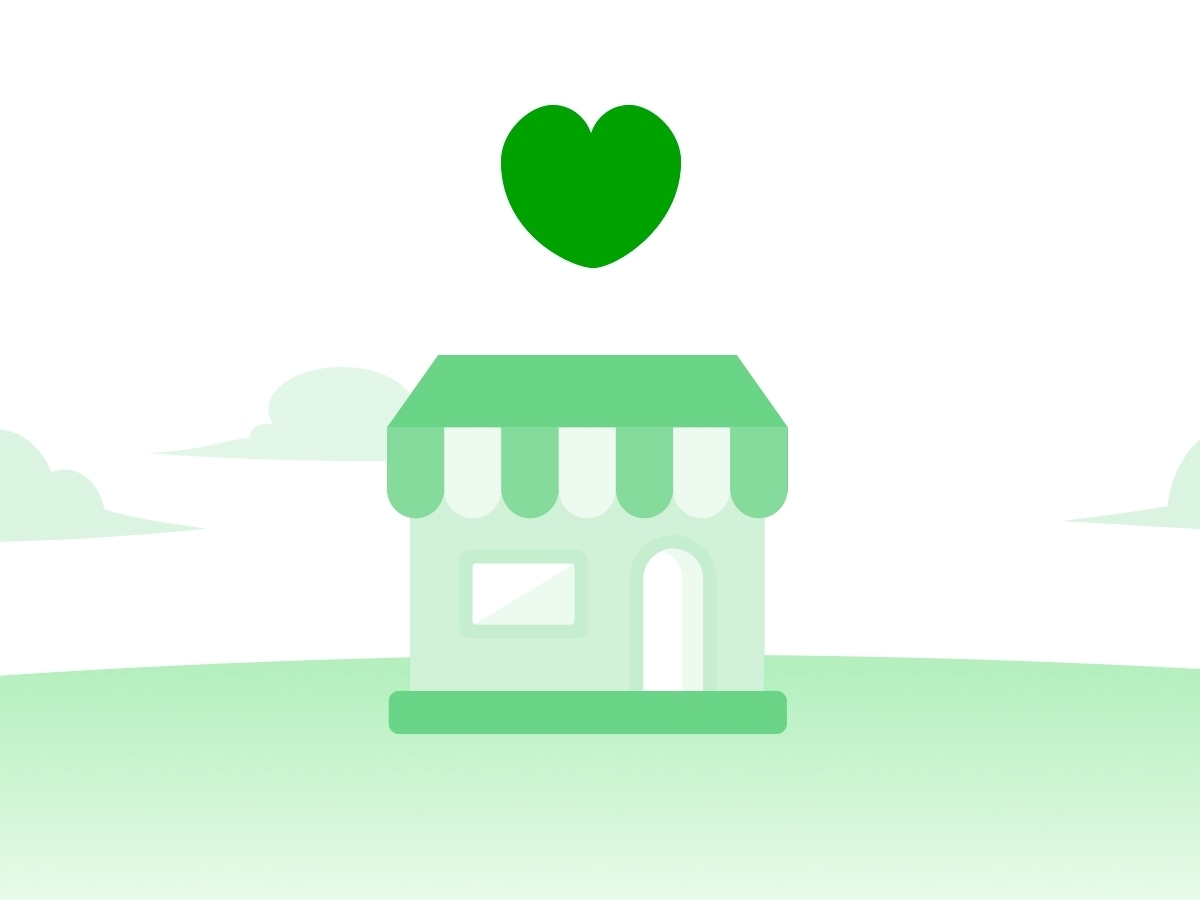