Architect Josias Joesler established a style that became emblematic of Tucson in the early 20th century. His buildings often featured exposed hand-hewn beams, exposed adobe brick, hand plastering, breezeways and patios that would show up in Ranch home designs throughout Tucson long after his death.

Joesler’s design influences came from his extensive travels. He was born in Switzerland in 1895. He studied architecture in Bern, engineering in Heidelburg and history and drawing at the Sorbonne in Paris.

He worked as an architect in Switzerland, Germany, Italy and Spain, where he married Natividad Lorenzo. The couple left Europe in 1924 for Havana, then Mexico City, and eventually Los Angeles.

While working in Los Angeles, builder John Murphey convinced Joesler to move to Tucson. Their relationship resulted in nearly 400 buildings designed by Joesler and built by the Murphey-Keith Building Company.

The Joeslers moved to San Diego briefly after World War II, but returned to Tucson. Joesler continued his design work, but not at the pace he did with Murphey. He died in 1956.

Photos are from the Tucson Citizen home section in the 1950s-60s. Photographs by Bill Sears. Additional information provided by Demion Clinco of the Tucson Historic Preservation Foundation.

Thu Feb 24 , 2022
The stark difference between an aged care “home” and a real home has been laid bare by the COVID pandemic. Residential aged care buildings are often institutionally designed, even if they have the appearance of a hotel. Think long corridors, vast dining rooms, nursing stations and bland corporate furnishings. These […] 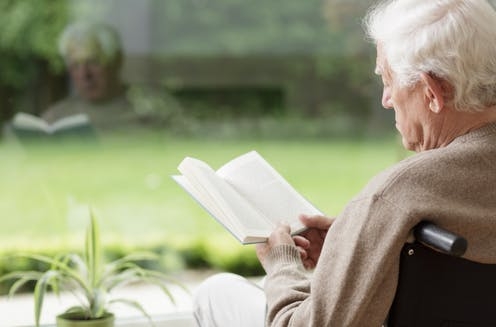