Houses made out of Lego blocks? How about affordable homes built from 3D printers? Or temporary living spaces for the homeless made from plastic-like panels?

All of these ideas have moved off the drawing board and into the marketplace. Whether they gain any traction is another question. But they sure do look promising.

Take the blocks: They aren’t really Lego bricks, but they do resemble them. Lok-N-Blok, a company out of Paducah, Kentucky, introduced the composite, self-aligning, interlocking system last month at the National Association of Home Builders expo in Orlando.

The company had been waiting for the International (Building) Code Council to approve the product. Now that it has, the system is ready for market, said CEO Greg Siener to the 45,000 builders and professionals at the show.

Siener told me that the Lok-N-Blok system allows for quicker construction: about 50% to 60% faster than traditional wood framing. And since the blocks lock together, there is no need for specialized construction equipment or a highly trained labor force.

The blocks are made from a proprietary recyclable material that reduces waste at the job site. New blocks contain nearly 30% post-consumer materials and do not require mortar, cement or glue to be held together. The blocks are water-resistant, insect-resistant and bacteria- and mold-proof, the company says.

Siener said the response at the expo was “overwhelmingly positive,” and that the display booth was “packed from open to close” every day.

Said one visitor: “This is too simple to be real.”

The reception to Black Buffalo 3D’s new production-ready printer, the show-stopping NEXCON 1G, was equally off the charts.

The NEXCON 1G has the ability to print buildings up to three stories, depending on roof design. The company says it can “print the frame of a 1,000 square-foot home in under 20 hours,” and that it’s so quiet, houses could “literally be printed overnight” without waking the neighbors.

Structures printed with the huge machine offer builders “a 70% reduction in materials costs, almost zero waste and up to an 80% reduction in labor costs and build time,” per a press release.

“Our printer is a stronger, more sustainable and cost-effective way to build,” said CEO Michael Woods. “Think of how much more the typical crew will be able to get done in the same amount of time.”

Even though 3D printers have been in the news for years now, the NAHB show may have been the first time most visitors saw a machine up close. Feedback was “extremely positive and enthusiastic,” Black Buffalo 3D Marketing Director Peter Cooperman told me.

Said one visitor: “I can’t believe I’m watching a building being printed. This is amazing.”

A month earlier, at the World of Concrete show in Las Vegas, Denmark-based company COBOD International demonstrated its version of the technology. COBOD calls it 3DCP, short for “3D concrete printing,” and has sold about three dozen printers throughout the world. Here in the U.S., its printers have made houses in three different states so far.

One impressed onlooker at the Vegas show, Martin Carodine of Precise Concrete in Strawberry Plains, Tennessee, said his firm is looking forward to getting started with its own construction printing projects. “It was thrilling to see a printer live in action, and being able to have conversations face-to-face with the technology provider, a materials expert and an existing customer,” he said.

Pallet Shelter’s building system may not be as exciting: It’s just seven panels, put together with everyday tools to form a completed unit of 64 square feet. But these tiny structures are helping to address a huge problem: homelessness.

According to the Department of Housing and Urban Development, on a single night last year, more than 326,000 people experienced sheltered homelessness — meaning they were staying in emergency shelters or transitional housing. Of those, about 131,000 people were part of families with children. Both figures were lower than they’d been in 2020, but the number of “sheltered individuals with chronic patterns of homelessness” rose by 20%, says HUD.

Enter Pallet, an Everett, Washington, company launched in 2016 to address the need for disaster relief. Since then, it has built 20,000 “beds” for the homeless in some 20 states.

But the shelters are more than just beds. The easy-to-assemble units are insulated, heated and air conditioned, and have lockable doors to protect occupants and their belongings. Each shelter takes less than an hour to put together and can be dismantled and put up again in another location. Within a few days, units can be built in villages of 20 units or more, with communal laundry, restrooms and 24-hour security. Meals, counseling and other services are provided by volunteer organizations such as the Salvation Army and veterans groups.

Some 80% of the Pallet workforce has experienced homelessness or incarceration. According to the company, the structures have made a world of difference to their inhabitants because having somewhere to sleep, wash their clothes and protect their valuables gives them the chance to “improve their lives dramatically.”

Indeed, Pallet says most occupants move on to permanent housing within 90 to 120 days.

As for the company, a spokesman told me that these days, its “biggest challenge is keeping up with orders.”

Lew Sichelman has been covering real estate for more than 50 years. He is a regular contributor to numerous shelter magazines and housing and housing-finance industry publications. Readers can contact him at [email protected]

Wed Mar 16 , 2022
The scheme requires volunteers to open their home for a minimum of six months. When that period comes to an end, what next? (AFP via Getty Images) After two decades of blaming immigration for almost every social and economic ill the nation faces, the Conservative Party have just executed the […] 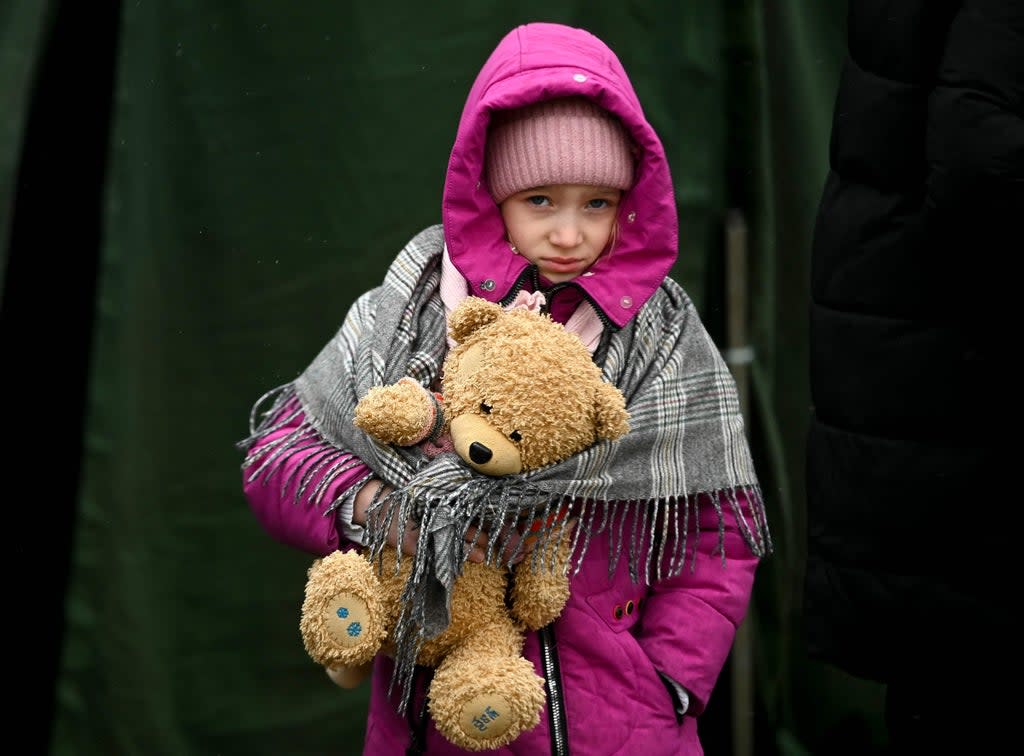